I listen and learn what the mentee’s goals are and work in partnership on to achieve them. Our relationship is mentee directed and I provide the necessary support and feedback during our journey. I have kept in touch with a few of my mentee’s after our partnership and provided ongoing support. I am passionate about mentoring because the career journey is seldom direct and mentoring is a way to provide the third or fourth-year student a sober second thought and to share with them what went well during my life’s journey as well as what to avoid. 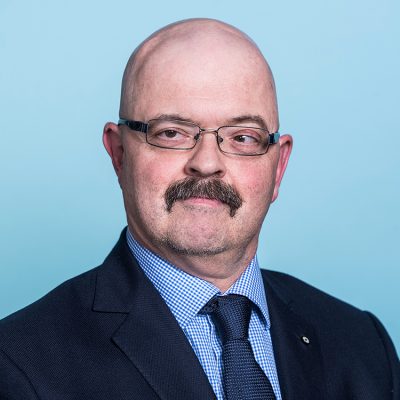 John who is from Pickering, Ontario chose Carleton for their Criminology program. Following graduation in 1984, John worked fixed positions with the Ontario and Federal Governments conducting research, and was encouraged to pursue his Masters in Criminology. He returned to Carleton and completed his Honours in 1990. In 1991 he secured employment with the Ontario Ministry of Community Safety and Correctional Services as a Probation/Parole Officer.

During his first eight years in that role, John was on contract and supervised a diverse adult caseload of offenders with charges ranging from domestic violence; impaired driving and sexual offences. In 1997 he held administrative responsibilities for four open custody homes. In 1998 he was offered a permanent position and during the time was assigned responsibility for two homes as well as a diverse caseload of adult offenders as well as sixteen and seventeen year old young offenders.

Due to administrative restructuring, John transferred in 2004 to the Ministry of Children and Youth Services [Now Ministry of Children, Community and Social Services] supervising only youth in trouble with the law. Throughout his career he served on various committees concerning gang prevention in order to enhance programs to divert youth from the justice system. As well as programs to enhance community safety, and foster a better understanding of the criminal justice system to students and newcomer communities. In the past he was a local union steward and represented his members by his involvement with his local employee committee.

From the fall of 2016 John was seconded to the Service Delivery Division of the Ministry of Children, Community and Social Services to assist with licensing as well as transfer payment agency policy and procedures review. He returned to Probation on April 1, 2019.
In addition to his education at Carleton, John has also earned a bachelor’s degree in theological studies from St. Paul University.

In his spare time John volunteers in the community by organizing breakfasts for needy communities, support the Special Olympics by organizing annual bottle drives as well as other charitable works. He enjoys fitness, is an avid reader and enjoys travel.