Hanna is passionate about mentoring based on the level of care and support she received during her two degrees at Carleton. To her, mentoring is a two way street where both the mentor and mentee are able to develop a partnership amongst each other to achieve their personal and professional goals. 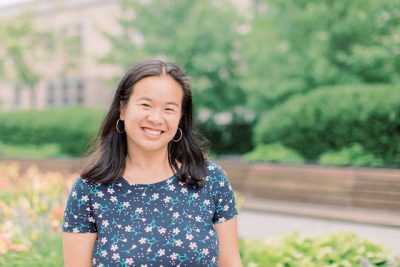 Hanna is currently a policy analyst with the Afghanistan Settlement Branch at the Department of Immigration, Refugees and Citizenship Canada.

A young public servant, Hanna has held roles in the government where she has helped with the citizenship study guide for newcomers, helped manage the major projects and investments of the Department, and has recently transitioned to a role where she supports the arrival of Afghan refugees and Ukraine nationals.

Hanna holds a Masters of Arts in Sociology and a Bachelor of Arts in Canadian Studies and French. Both from Carleton. She was drawn to the mentorship program based on the level of support and encouragement she received from staff and faculty at the university.

When Hanna is not at work, she can be found frequenting local coffee shops, going for long walks along the Rideau Canal, or trying her hand at a new recipe on the kitchen.